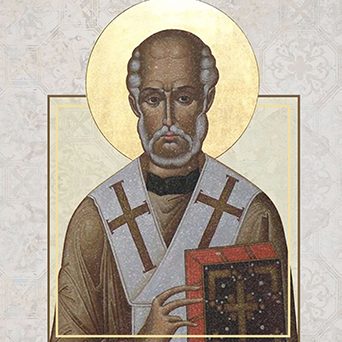 “Athens” the capital of Greece, “Agoras” the gathering place or assembly.

The surname “Thaumaturgus”, meaning Wonder-worker, was given to Gregory to distinguish him from others. It is believed that he was gifted with a power of working miracles, which he was frequently exercising. Gregory was the student of the beloved Origen, although his life did not begin with the surrounding of such teachers, he did become a well-known figure in the Christian Church.

Gregory, formally known as “Theodore” was born to a wealthy heathen family in Neo-Caesareia, along with his brother Athendorus. In the early years of his life he lived as a typical gentile child, however in his fourteenth year his father began to teach him the polytheism of Greece. During this time his father died but his education was carried on by his mother. It is said at around this time in his life that the Christian ideas began to discover him.

Gregory’s broad tutoring began with subjects such as Grammar and Rhetoric, Latin and was even persuaded by his accomplished teacher to study the Roman Laws. Among the various seats of learning which he visited we find Alexandria, Athens, Berytus, and the Palestinian Caesareia mentioned. In Alexandria New Platonism was his subject followed by a trip to Berytus to prosecute his legal studies. He was later brought to the feet of Origen where he explains that “The true sun began to rise upon me” he accounts this the beginning of his true life, at this point he was about 27 years old.

Origen schooled Gregory in logic, geometry, physics, ethics, philosophy, and ancient literature, and in due time also in biblical science and the principles of the Christian faith. Having become Origen’s pupil, he became also by the hand of God his convert. After a residence of some five years with the great Alexandrian, he returned to his native city. It was upon arriving here that he received a letter from his trusted teacher Origen exhorting him to devote his life to the work of the Christian church of Christ, using the gifts he had gathered in his previous educations. This letter from his well-loved teacher came with wisdom and strong encouragement, and so Gregory took his words to private prayer by withdrawing to the wilderness to collect his thoughts on the matter.

During this time the bishop of Amasea, Phaedimus, hearing of the great convert sought to ordain him the bishop of Neo-Caesareia. However Gregory at first did not embrace this office until Phaedimus determined, ordained him in his absence and declared him bishop of his native city. Gregory then yielded to the responsibility and emerging from his place of concealment he discharged the duties of his office. At that time when he entered the city as bishop there was said to be only seventeen Christians in the whole city but at his death there was only seventeen pagans remaining. In 250 Gregory’s church suffered during the Decian Persecution, of which he at times had flee to preserve his life for the people, and encouraged his followers to do the same. They were also involved in the invasion of the northern barbarians in 260. He is said to have died in 270 of unknown causes.

Of his well-accredited works we have the following: A Declaration of Faith, being a creed on the doctrine of the Trinity; a Metaphrase of the Book of Ecclesiastes; a Panegyric to Origen, being an speech delivered on leaving the school of Origen, expressing powerfully, and with great tenderness of feeling, as well as elegance of style, the sense of his obligations to that master; and a Canonical Epistle, in which he gives a variety of directions with respect to the apologies and discipline to be exacted by the Church from Christians who had fallen back into heathenism in times of suffering, and wished to be restored. Other works have been attributed to him, which are doubtful or illegitimate.