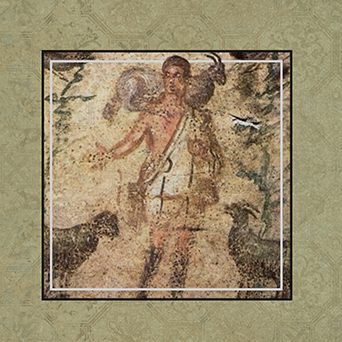 Pastor Hermas was an Early Church Father who composed his works around the 2nd century, His writings where some of the most prevalent manuscripts, and is said to be one of the most popular in the Christian Church during the second, third, and fourth centuries.

During the period of the Early Church he was popularly known as Mercury the Greek meaning for Hermas, a more common name during that age. It is believed that Hermas was a Greek Christian born outside of Rome in Verna, this is where the author of The Shepherd collected his writings when his brother Pius was bishop of Rome during 140-55 AD.

In the early years of his life Hermas was sold into slavery in Rome, to a woman named Rhoda. According to Hellenistic tradition slaves were freed at the age of 30; which could suggest the time of his freedom. Hermas then became a wealthy merchant; nonetheless his trails did not end here as he was later imprisoned which led him to loosing his wealth and venture. On his return, Hermas lived on a farm with his family.

Although there is little on Hermas, there is a lot of information regarding the texts he has said to have written. There are many that dispute the authorship of the manuscripts whether the Hermas mentioned in Romans 16:14 is the author of the book called The Shepherd. However Early Fathers such as Iraneus, Origen and Clement of Alexandria quote these writings with reverence and consider The Shepherd as divinely inspired. It is believed that Hermas was associated with the same teachings as the Apostle Paul and thus Hermas continued in likeness.

The Shepherd of Hermas consisted of 5 Visions, 12 Commandments and 10 similitudes, which where written over a period of time; documents calling the people of faith to repentance and outlining Christian living. The text was translated to Latin, Ethiopic and other languages. Although there is little on Hermas and his life his writings are proved Revelatory, and are nevertheless profitable to the Church today.