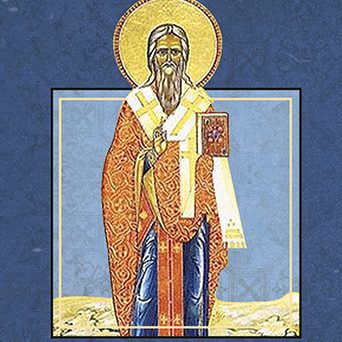 Hippolytus was known as a leader and an unquestionably one of the most learned members of the Roman church during the pontificate (c. 199–217) of St. Zephyrinus. There are no witnesses from that time with personal information of Hippolytus, but he was a believer of Christianity and became a disciple of Iranaeus. It is said that he was very much like his teacher in his style of writing and approach to different topics. Rather than an original theologian, Hippolytus was extremely complex and difficult to follow, learned author and writer with his writings sometimes consisting of a debatable tone.

Hippolytus major work was the composition of “Refutation” consisting of 10 books. The writing was seeking to show that many of the Christians heresies were from false pagan philosophies; each book addressed the heresies ongoing in the church. Hippolytus was a champion of the doctrine that distinguished the persons of the Trinity. He conceived of God as a unit who, while indivisible, was plural.

It is also known that Hippolytus was the first antipope. He reigned in opposition to the succeeding pontificates of Saint Urban I (222–230) and Pontian (230–235), with whom he was exiled to the mines of Sardinia in 235 during the persecution of Christians by the Roman emperor Maximinus. Before dying as martyrs, both reconciled to allow for a successor, St. Anterus (235–236), thus ending the schism. Pope St. Fabian (236–250) had their corpses brought to Rome for solemn burial.

In approximately 235 A.D. Hippolytus was martyred, it is said that he was dragged to death by wild horses. Enduring this type of death was considered typical for the Christians of the Early Church, dieing for the sake of the Gospel was seen by many as an honor.

A Dictionary of Early Christianity Biographies