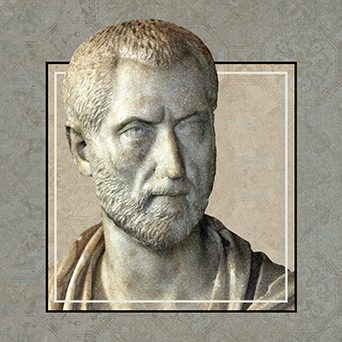 Novation was the first Roman theologian to write in Latin and was known for his persistent eloquence in his works. He was Phrygian, it is the Greater Phrygia that is spoken of in the New Testament. The towns of Antioch in Pisidia ( Acts 13:14). He was converted after he had come to manhood and before this he was a philosopher possibly of the ancient philosophical school of Stoicism; an ancient Greek philosophy which teaches the development of self-control and fortitude as a means of overcoming destructive emotions. Novation while a catchumen was struck by a violent disease, attributed to demoniac agency and being near death received clinical baptism which is baptism given to anyone sick in bed, but was never confirmed and was never admitted to the clerical order.

It is said that Novation had many other works however the following have been attributed to him. Some of which can be found in the Ante-Nicene Fathers writings;

He became the most influential presbyter of the church, and was ordained in Rome. Novation became a member of the Roman clergy in 250 A.D. This is where he wrote two letters to Bishop Cyprian concerning the Lapsi those Christians that renounced the faith during times of persecution.

Between 250 A.D. – 251 A.D. Fabian was martyred, which lead to Cornelius becoming his successor. However Novation did not agree with this decision as he saw his view of the rebaptism of the lapsed as a lack of dicipline and so he became consecrated by the minority that shared his view, becoming the Antipope to Cornelius.

This lead to the excommunication of Novation and his followers from the church. Novation became known for his leadership in the Novatian Schism.

Although we have little evidence on the death of Novation, Socates explains that Novation was martryed under the Roman Emperor Valerianin in 258 A.D.