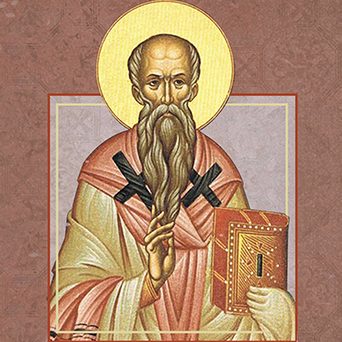 Polycarp is a celebrated figure in the history of Christianity. A direct pupil of the apostle John, connecting him to both the biblical apostles and the age of the early church fathers. Several ancient sources document the contributions of Polycarp to Christianity, including his letters written to the church at Philippi, in which he encourages the members to remain strong in their faith and to flee from materialism. He also instructs the members in the proper handling of financial dishonesty that was creeping into the church. Polycarp served as the bishop of the church at Smyrna (modern day Izmir), and was recognized as one of the early combatants of Christian heresies. He rejected the teachings of Marcion, an influential heretic who tried to create a “new brand” of Christianity by redefining God and rejecting Old Testament teachings. In his well-known thesis, Polycarp combats Gnostic heresies that were beginning to spread throughout the Christian church

Polycarp’s greatest contribution to Christianity may be his martyred death. His martyrdom stands as one of the most well documented events of antiquity. The emperors of Rome had unleashed bitter attacks against the Christians during this period, and members of the early church recorded many of the persecutions and
deaths. Polycarp was arrested on the charge of being a Christian — a member of a politically dangerous cult whose rapid growth needed to be stopped. Amidst an angry mob, the Roman proconsul took pity on such a gentle old man and urged Polycarp to proclaim, “Caesar is Lord”. If only Polycarp would make this declaration and offer a small pinch of incense to Caesar’s statue he would escape torture and death. To this Polycarp responded, “Eighty-six years I have served Christ, and He never did me any wrong. How can I blaspheme my King who saved me?” Steadfast in his stand for Christ, Polycarp refused to compromise his beliefs, and thus, was burned alive at the stake.

The martyrdom, Polycarp is recorded as saying on the day of his death, “Eighty and six years I have served Him, and He has done me no wrong”, which could indicate that he was then eighty-six years old or that he may have lived eighty-six years after his conversion. Polycarp goes on to say “How then can I blaspheme my King and Savior? You threaten me with a fire that burns for a season, and after a little while is quenched; but you are ignorant of the fire of everlasting punishment that is prepared for the wicked.” Polycarp was burned at the stake and was pierced with a spear for refusing to burn incense to the Roman Emperor. On his farewell, he said “I bless you Father for judging me worthy of this hour, so that in the company of the martyrs I may share the cup of Christ.

The date of Polycarp’s death is in dispute. Eusebius dates it to the reign of Marcus Aurelius, c. 166–167. However, a post-Eusebian addition to the martyrdom of Polycarp dates his death to Saturday, February 23, in the tradition of his association with Ignatius and John the Evangelist. However, the martyrdom cannot be considered reliable on only its own merits. Lightfoot would argue for the earlier date of Polycarp’s death, with which Killen would strongly disagree. In addition, some have proposed a date in 177. However, the earlier date of 156 is generally accepted.