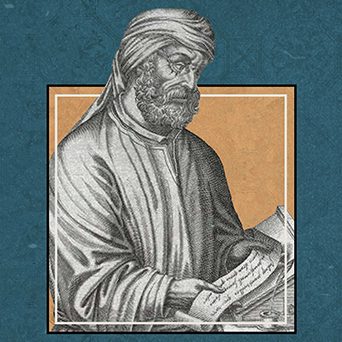 At birth, he was given the name Quintus Septimius Florens Tertullianus

Quintus was known as one of the fathers of the Christian Latinity, being converted to Christianity in 185 A.D., then being ordained Presbyter in 190 A.D. He was well educated in Rome where he also practised as a Juriscoat. He was a native of the province of Africa and City of Carthage, brought up as a heathen by his parents, his Father being a Proconsular Centurion.  Tertullian was apparently married in 186 A.D. but remained childless throughout his life.

There is no evidence held on the conversion of Tertullian or his experience with Christianity however in his early works, Ad martyras (“To the Martyrs”), Ad nationes (“To the Nations”), and Apologeticum (“Defense”), he explained that he was impressed by certain Christian attitudes and beliefs: the courage and determination of martyrs, moral rigorism (extreme strictness in interpreting or enforcing a law, precept, or principle), and an uncompromising belief in one God.

Tertullian emerged as a leading member of the African Church; he used his skills to teach the unbaptized seekers and the faithful and as a literary defender (apologist) of Christian beliefs and practices. The works that Tertullian composed were split into three categories;

Tertullian wrote a total of 31 literary texts that we have today, he composed others works which are available in fragments and some have been lost over time.

Between the years 119-203 it is said that Tertullian left the church and became a follower of Montanism (believing and practicing religious heresy). Tertullian found the teachings of Montanus a heretic that arose in the Christian church in Phrygia, Asia Minor, in the 2nd century. Tertullian found his teachings pleasing and became the head of the Montanist party in Africa, this party existed up until the 5th century under the name “Tertullianists.”

Although Tertullian was a writer on Martyrdom, it is still unknow how he truly died, as explained by Jerome, but it is said that he died a peaceable death between years 220-240 A.D.