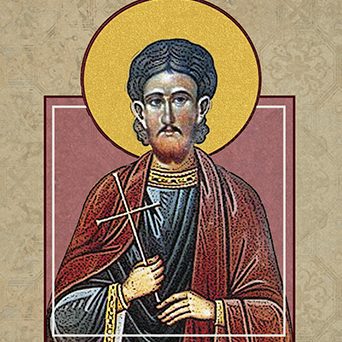 Theophilus is one of the earliest commentators upon the Gospels,  if not one of the firsts. Both Theophilus and Ignatius had the position of being faithful men who not only represented Barnabas but also other prophets and teachers of Antioch. Theophilus was one of the Early Church Fathers who was disgusted at the state of society. He was an apologist and he was severe but also came across as gentle at the same time. Little is known about his personal history; however, we do know that he was born a pagan and was also a philosopher whose conversion came about through the study of the Holy Scriptures.

He was the 6th Bishop of Antioch in Syria, which was in the 8th year of Marcus Aurelius which was in the year 168 AD. The names of his predecessors were Eros, Cornelius, Hero, Ignatius and Euodius. According to Eusebius and others Theophilus has written several works against the heresies. He was the first theologian to use the word ‘triad’ referring to the Father, the Son and the Holy Spirit. His writings consist of Theophilus to Autolycus which came because he wanted to convince his pagan friend Autolycus. He was content to be simply and altogether nothing but a Christian.